Throughout my life I did my best to stay out of an uncomfortable uniform.
I tried.  I always felt like as soon as you put on the Burger King hat or Plumbing company shirt that's all you were for those 8 hours.  It was always a constant reminder that I was not in charge and I was working for peanuts on someone else dream. 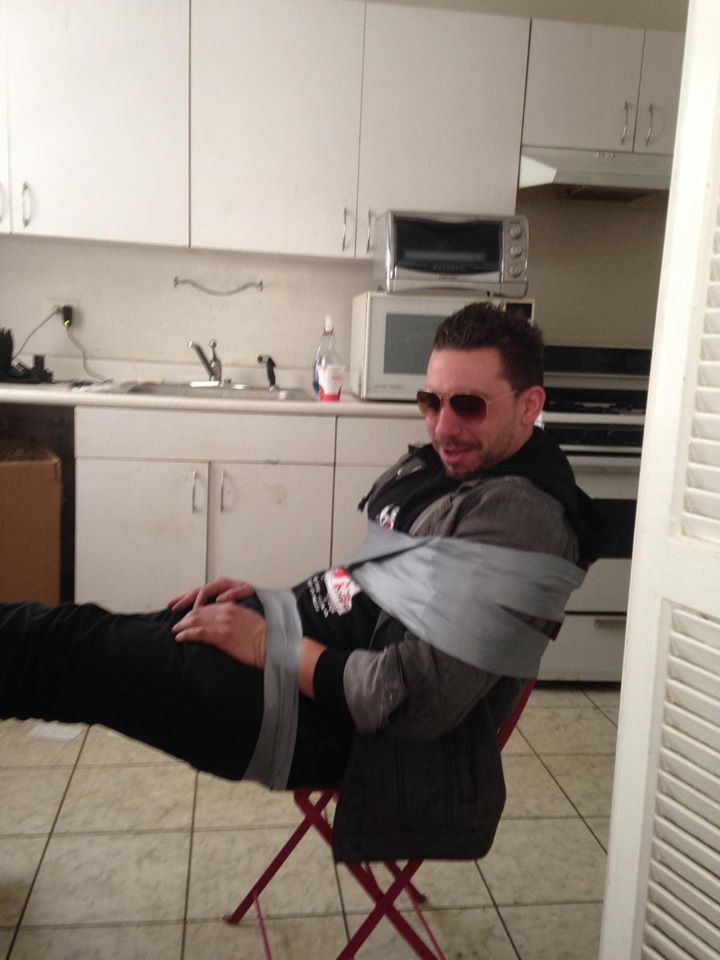 I ended up bartending, warehouse hopping or playing shows in small bars for scraps.  I Had a handful of cooking jobs and off the books construction gigs, and ZERO direction or hope for the future.
I had spurts of enthusiasm at the begginings of certain opportunities sure but I never had a solid belief in what I was doing or in myself.
Having two young kids and needing something stable with benefits, a friend of mine helped me out with a job in a high school doing janitor work.
I could see in my fathers eyes and hear in his voice how this was PERFECT for me and how the friend that got my foot in the door felt the same way.
This, after all, had benefits and honestly with the way my life turned out that was more than I could hope for.
It's a job that pays bi-weekly and holds your check back the first time around so you wait three weeks to get paid when you start.
I remember working so hard, so many hours, so much attention to ddtail.  scrubbing every tile and toilet bowl and urinal. Washing out the insides of the garbage pails, straightening each desk perfectly in line.  My hands were prunes from the rubber cloves and chemicals washing over them for 8 hours.  I put on my awkward fitting green janitor shirt and shuffle from room to room, sterilizing and scraping gum and tape stuck to the floors. dusting and vacuuming, making sure the entire section shined after I mopped it.  Then FINALLY my check comes and I open it and something just snapped inside of me.  I remember thinking I was worth so much more.  I remember feeling disgusted and misled.
This isn't the first time I was under paid or under appreciated.  Not by a long shot, but this time something was different.
I was changed.
I somehow shifted that anger into complete determination to escape the depression and completely negative outlook I had grown into.
I was normally a pretty positive guy, but I had developed into a sad, lazy, and disgruntled prisoner.
After receiving that first check and barely paying off the debts I accumulated in the three weeks of working without pay, I started seeking out motivation.
I didn't know what to do but I knew that this was not a life.
There's nothing wrong with being a janitor.  I work with some of the best people on the planet.  I just personally want more. Something stimulating, rewarding, and relationship based.
I came across two professional speakers named Jim Rohn, and Les Brown and some ancient sleeping monster woke up inside of me.
I was on FIRE.
I just kept my head down and listened every day for hours while I scrubbed and swept and moved file cabinets and desks.
I was no longer at work.
I became so locked in that I started to believe that it could be me.
I could change and escape this glue trap.
Now that the motivation was there I wanted to figure out what career would fit my needs.
There it was.
Real Estate.
I had never before that day even entertained the idea.
It was a subject I had no opinion on whatsoever because I never even thought about it.
I started watching a few videos about it and learning some of the lingo and researching the requirements and I was instantly hooked.
I had activated beast mode and I was flying through books and podcasts like an animal.
I was falling in love.
Everywhere I went I had real estate on the brain.
Lead Generation, business models, motivation, cold calling, architecture, housing laws, Agency, Investing.  You name it I had my nose in it.  Trying to learn as much as I could.
It was such a good feeling, I was curious and hungry.
Great combination.
From Jan.1st 2020 to Jan 1st 2021 I read 91 books, (half of them audio) and I had my start.
I took the course, passed that, then passed the state test and started interviewing brokerages.
after # 13 I found EXIT Realty Achieve.
I walked in, sat down and Les Brown came on the Big Screen.
Even before that the entire vibe was warm and my energy was pulled into this wavepool of progress and refinement.
I'm pretty sure I knew instantly but when I heard Les Brown's voice it was solidified.
This was my new home.
That voice I had heard day after day, sweating and scrubbing.
It was the universe letting me know that things were going to be BETTER than ok.
I had made it to the starting line.
And now I am running with it and I will not quit.
No matter what.
I have met some amazing people and learned priceless lessons and I'm only 3 months in.
As I write this I just received an offer on my first listing, OVER asking price.
I'm so grateful for that insulting check and all the people that look at me and don't see anything impressive.
I love that.  I need that.
I can not wait to be in a position where I can actually help people that need it.
I plan to do alot of that in my future.
I hope you hang around and join me as the story unfolds. 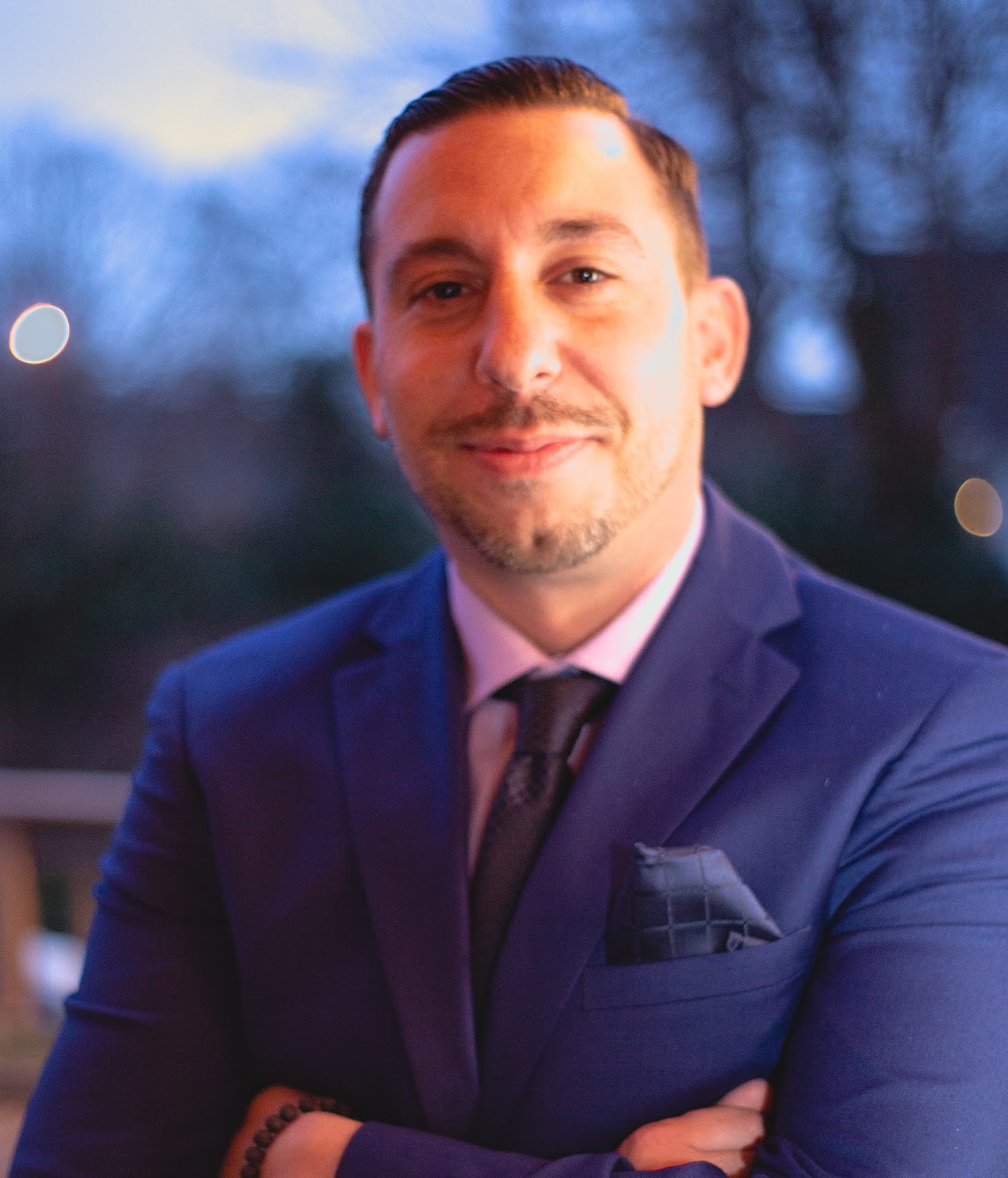 Search the full MLS and Exclusive Property Listings.
(Prices and inventory current as of June 30, 2022)

See local market activity affecting the value of
your home & maximize your investment.